Owyhee Jasper is a colorful and popular picture jasper that derives its name from the Owyhee River or the Owyhee mountains. This material has been offered under several trade names including. Owyhee Jasper Agate, Owyhee Junction Jasper, Owyhee Picture Jasper, Owyhee Picture Rock. It has also been known as the "King"of Picture Jaspers. Owyhee Jasper is basically petrified mud. There are three jasper mines within a mile of each other, the LED, Wildhorse and Rocky Butte. There are several other deposits of jasper in this area. With their own names and character. The Classic Owyhee Jasper has a wide variety of patterns and shapes. Known for its bright colored scenic patterns with and without blue sky. This jasper depicts desert scenes, high mountain ranges, winding roads and meadows or even the seas. Owyhee picture jasper is a natural wonder depicting the great beauty of the earth it was born in. 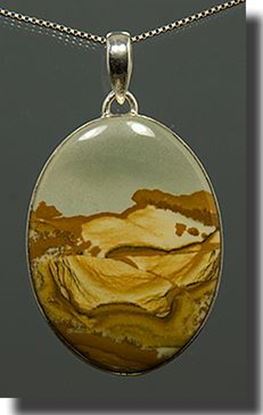 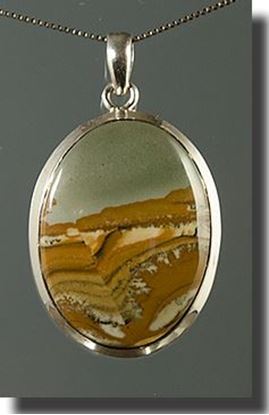 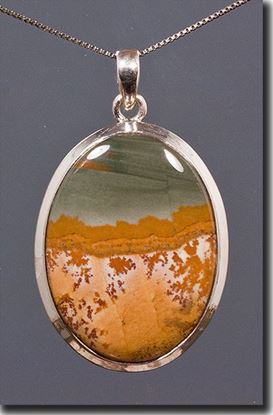 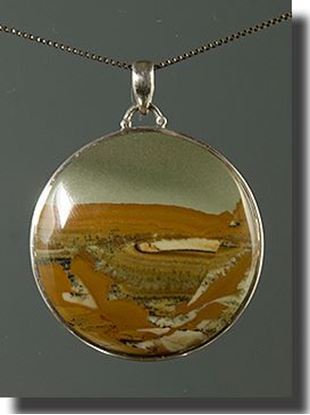 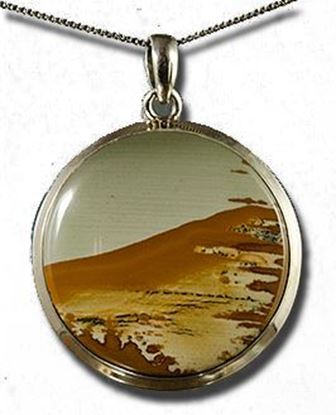 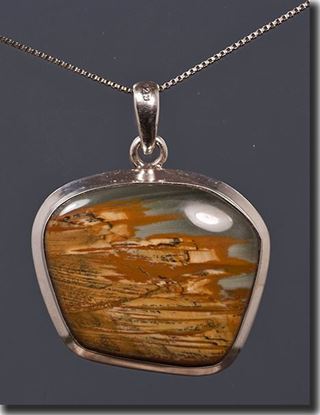